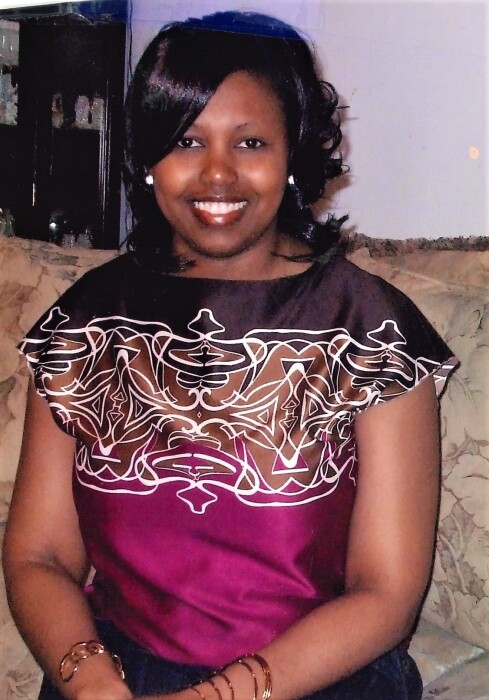 On February 24, 1979 a beautiful little princess was born.  Her name was Carmela Larissa Thomas, the daughter of Barbara Thomas and Eugene Dotson.

Carmela was very shy as a child.  It took her a little time to warm up to people.  But once she accepted you in her inner circle, she was alright with you.  She always loved beautiful things.  That is why she set goals in her life to achieve them.

Carmela was a graduate of the Clinton High School Class of 1997.  She attended the University of Southern Mississippi (USM) and graduated in 2001 with a Bachelor of Science degree in Nursing.

Carmela married her college sweetheart, Will Luckett, on September 27, 2003.  From this union two children were born.  A son for him, Dristen Tyler Luckett and a daughter for her, Taylor Nicole Luckett.

She had high expectations for her children; to always believe in yourself and to reach for more than you can see.

Carmela’s wings were spread wide when it came to taking care of her patients.  She had a 20 year nursing career working in many areas of Baptist, St. Dominic and CMMC hospitals. The areas that she worked in included Medical/Surgical, Occupational Health, Adolescent Psych, Pain Management, Interventional Therapy, and the Cath Lab.   Her certifications included ACLS, BLS, PALS, and TB.

Carmela was employed at St. Dominic hospital until her sudden death on the morning of Thursday, February 10, 2022 at her residence in Clinton.

Carmela leaves to love and cherish her memories:  her parents, Ned and Barbara Mack; a loving husband, Will Luckett; two children, Dristen and Taylor Luckett, who will miss her so very much; her half siblings, Erica Jacobs, Jacory Dotson, Dunta Dotson, Eldridge Dotson and Robert Dotson; mother-in-law, Emma Luckett; father-in-law, Willie Luckett; sisters-in-law, Shantea, Roxie and Elbony; three aunts, Rosalind Morris, Celia Price and Ann Smith; uncles, Richard (Lovie) Thomas, Mitchell Thomas, Walter Thomas, Marvin Thomas, Sterling Thomas, Jr. and Morgan (Teri) Thomas; special cousins, Derrick Thomas and Brianna Smith, who were more like her brother and sister; and a host of other aunts, uncles, cousins and other family and friends she acquired along the way.

To order memorial trees or send flowers to the family in memory of Carmela Luckett, please visit our flower store.