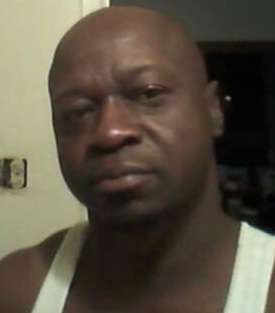 Dwight Stewart entered into the world as the seventh and last child to William and Margaret Stewart on March 1, 1965 in Clinton, MS. His parents and two brothers, Samuel and Glen, preceded him in death.

Dwight was educated in Clinton Public Schools. Following in his father’s footsteps, Dwight was a gifted auto mechanic. Many people far and near valued his expertise and knowledge and depended on him to keep their automobile in tip top running condition.

Dwight confessed Jesus Christ as his Savior and was baptized by Rev. Stacy Brown at Philadelphia Ministries.

Leaving to cherish his memory are two sisters, Evere Jean (Robert) and Ruthie (Edwin); two brothers, William Earl and Dwayne (Mary). He will always have a special place in the hearts of his five nieces, Shannon (Sebastian), Christine, Romona, Valencia and Aquela and six nephews, Ralphell, Sam, Charles, Greg, Romone and G’monnie. Dwight will always be fondly remembered by many other cousins, extended family members and many friends.

To order memorial trees or send flowers to the family in memory of Dwight Stewart, please visit our flower store.