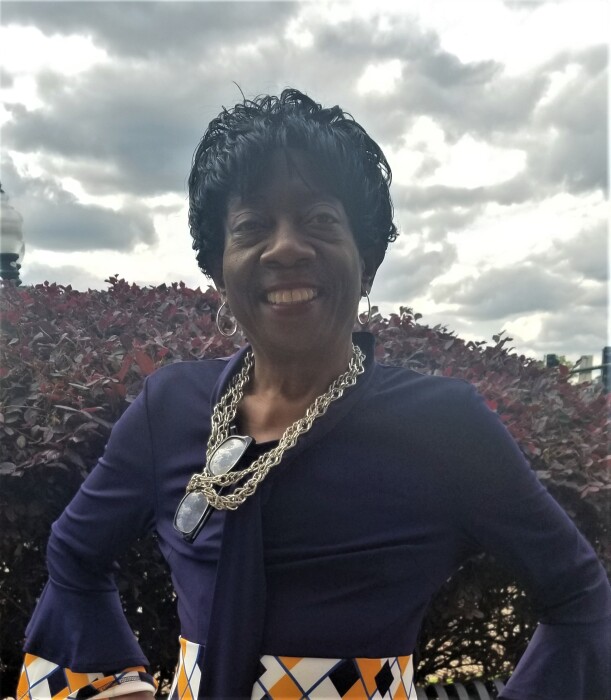 On November 5, 1965, a beautiful, bright-eyed girl was born to parents:  Mary and T.O. Robinson in Jefferson Davis County. She was the baby of the bunch and her siblings allowed her to wear the title of “baby” well, which later would become her nickname, “Little Baby”. Evetter was not her given name at birth, but Everette. Her dislike for that name was her decision in changing her own name to Evetter in elementary school.

Evetter became a member of Zion Chapel COGIC as a child under the leadership of the late, Superintendent Earnest Johnson and has remained a faithful member under the current pastor, Elder David Johnson, Sr.

Evetter started working at Kroger in her teens.  Later, she began a career in the laundry department at Central Mississippi Medical Center, which is now Merit Health Hospital which she excelled to a Radiologist Assistant.  She then transferred to the Radiology Group, as Medical Assistant and finally to Jackson Neurosurgical Clinic as a Medical Coder/Assistant. From this career, Evetter developed a love and a desire to care for those in need. She served as a Caregiver for many years until her health begin to fail. She loved taking care of her patients which lead to many loving relationships with their families.

To order memorial trees or send flowers to the family in memory of Evetter Baldwin, please visit our flower store.