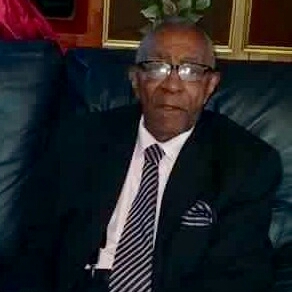 Halbert Lee Brinson was born on October 16, 1934 in Jackson, Mississippi to the late Lee Alfred and Lurene Brinson.  From this union two sons were born.  Halbert had one brother, Lee Alfred Brinson.  His father passed away early in life.  His mother, Lurene, later married Wardell Kendrick, who made a comfortable home for Halbert and his brother Lee Alfred.   Halbert attended the Hinds County School System through the 8th grade.

Halbert accepted the Lord at an early age and  was a member of Collis Hill Church of Christ Holiness USA in Terry, Ms., where he served on the Trustee board for many years.  Halbert loved the Lord and was faithful to his church.

Halbert began his working career at an early age, working odd jobs.  He was a cross country truck driver for many years.  He was also self employed hauling logs and continued this job even when he was employed full time.  He also worked at Filtrol Corporation in Jackson, Ms.  After retiring from Filtrol, Halbert worked for the Hinds County Unified School District as a bus driver for three years.

On September 12th 1957, Halbert married the love of his life, Floreice Smith, (his queen) who preceded him in death on May 2, 2015.  He was also known to everyone as "The King" as our mother would put it.  They were married for 56 years and to this union were born five children, Patrice Morris (Ken), Terrell Brinson (Debra), Lee Alfred Brinson (Paulette), Catherine Swanson and Fredrick Brinson (Michelle).  His adopted son, Dennis Griffin (Shirley) and daughter, Marilyn Farrell (Doug) were also added siblings to this family union.  Halbert was a wonderful example of a father, mentor, teacher, Godly man, and provider in his home.  He was respected by all beginning with his own family.  He was always loving, kind and considerate to everyone and well liked by all.

He was preceded in death by his parents, Wardell and Lurene Kendrick, his wife, Floreice Brinson, and his son, Dennis Griffin.

To order memorial trees or send flowers to the family in memory of Halbert Brinson, please visit our flower store.