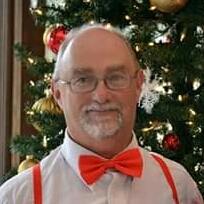 James Richard Carmical, 56, of Braxton, MS went home to be with His Heavenly Father on Friday, April 21, 2017 after a two year battle against ALS.  James was a loving husband, father, grandfather, brother and friend.  Fames loved his family and his church, but most of all he loved the Lord.

To order memorial trees or send flowers to the family in memory of James Carmical, please visit our flower store.