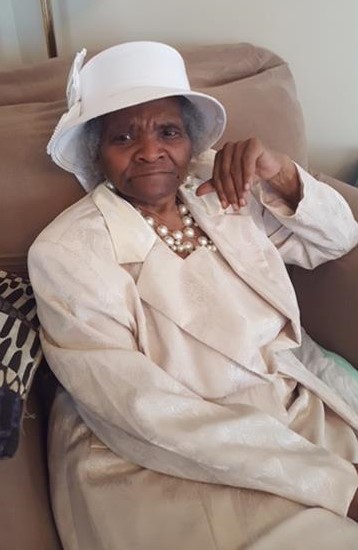 Jessie accepted Christ early in her life and united with Hill of Zion M. B. Church under the past leadership of the late Pastor H. C. Gross to the current leadership of Pastor Chauncey L. Jordan, Sr. She served faithfully until her health failed her.

Jessie was united in marriage and was the mother of three children and two step children. She had so much love for all of her granny’s and great granny’s. Jessie was known for her excellent cooking abilities, but she also loved to fish, grow her vegetable/flower gardens, and sitting out on her front porch and drinking hot coffee. Jessie worked for Jitney Jungle as the main cook until she retired after 30 years of service. She then worked part time for the Jackson Public Schools until her heath declined.

Jessie was preceded in death by her three brothers and one nephew: William H. Brooks, Willie D. Brooks, Bennie M. Brooks and George Bolton, Jr. On Thursday, April 16, 2020 early in the a.m. hours, the Lord came and took His own. Jessie received her wings and was carried home to glory!

To order memorial trees or send flowers to the family in memory of Jessie Kyles, please visit our flower store.