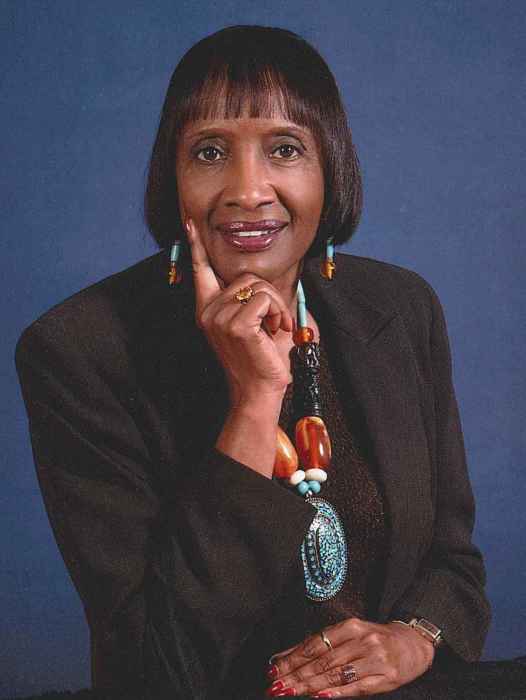 Kay attended T. Y. Fleming and later attended and graduated from Amanda Elzy High School in May 1967.  While attending high school, Kay served in the high school band where she played the trombone.  She also attended and graduated from Mississippi Valley State University in Itta Bena, MS with a Bachelor of Science Degree in Business Education in May 1972.  While pursuing her Bachelor’s degree, Kay received several accolades to include winning the coveted title of Miss October for the 1968-1969 school year.

Kay Frances, as she was affectionately called, was united in holy matrimony to James Wesley Harper and to this union four children were born: Marcus (Vanessa) of Tulsa, OK; Tonya (Derek) of Forest, MS; Donna of Forest, MS; and Brian (Phalen) of Clarksville, TN.

Kay Frances began her career in Clarksdale, MS at Coahoma Opportunities, Incorporated where she worked as a bookkeeper until June 1988.  She was very involved in community activities where she participated in several community service projects as a member of the Clarksdale-Marks Alumnae Chapter of Delta Sigma Theta Sorority, Incorporated.  She was also a member of the People Interested in People (PIP) Social Club.

Kay Frances moved to Forest, MS in June 1988 where she began her second career with the Forest Municipal School District.  She served as an educator for 25 years until her retirement in May 2013.  While in the classroom, Kay Frances touched many lives and is still revered as a beloved teacher by people today.

Kay Frances later moved to Brandon, MS where she continued to be a pillar within the community.  She served as a loyal and active member of the Clinton Alumnae Chapter of Delta Sigma Theta, Incorporated.  She served faithfully as a member of Anderson United Methodist Church until her God called her home.

Kay Frances has always personified the definition of elegance and class.  She carried herself in such a prestigious manner and had high expectations for those around her.

She was preceded in death by her parents John Walker and Elvira Morris.

Click to download / open
To order memorial trees or send flowers to the family in memory of Kay Harper, please visit our flower store.
Open