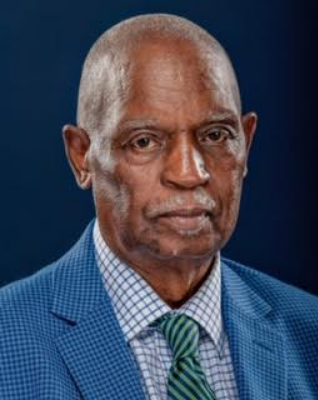 Leo Samuel Easley was born as the second child of Samuel Easley and Sarah Shaw on September 18, 1935.  He was a part of 9 children: Arnett, Leo, Molly Ann, Jimmy lee, Romanita, Naomi, Tommy, Nola & Amos.  Leo happily spent part of his childhood in Chicago but because of the school system he reluctantly had to return to Pine Bluff to finish his rearing. As a child, Leo loved to run and play there was a open field close to their house in Pine Bluff and he was so fast that he garnered the name “One Foot” by his older brother Arnett as it would seem when he ran had only had one foot touching the ground.

Leo decided to join the Air Force as a young man and while he was serving he met and married Clarissa Miller and they had a daughter Angela.  Leo and Clarissa divorced and he found himself a bachelor and continued his 10 year career in the military, initially in the Nuclear Engineering program, but he didn’t feel a connection in the work so he changed his career and started working in Civil Engineering as a plumber and pipe fitter.  He loved the work and found his calling becoming a Licensed Plumber and Pipe Fitter.  Leo continued his career in the New York Pipe Fitters Union after honorably discharging from the military.  He gained an affinity for dressing and was always known as “Mr. Clean” by family and friends. Leo remained in New York and a military friend introduced him to his niece Leona Childs.  After dating Leona for a short period they got married and had 2 children Leo Jr. and Allen along with Leona’s child from a prior marriage, Virginia. They lived in New York until the Late 70’s and decided to head for greener pastures in the south so they moved to Raymond, Mississippi.  Leo worked as a plumber for the Hinds County School System and retired after 25 years of service.  He and Leona ended up divorcing and Leo decided to just take care of his family and pursue and enhance his skills as a plumber.  After 10 years of being single he met Doris at church and gained the nerve to approach her gave her his phone number and the rest as they say is history. He and Doris were married and stay together for over 30 years.  Leo was one of the founders of Koinonia Baptist Church where he faithfully served as Deacon, Maintenance, Treasurer as well as several other duties for over 30 years.  Leo served on many boards and loved working and encouraging young men and women to strive to be the best.  He was recognized in several newspapers for his mentoring of young people and his continued serving of his community both within church and externally.  Leo’s philosophy was to treat people so good that they always would welcome your company at any time and hate to see you go. It’s a philosophy he lived by until his passing on February 24, 2020.

Leo is survived by: his wife, Doris; his remaining siblings, Jimmy, Nola, Tommy & Amos; his children, Leo, Allen, Virginia and Angela; grand kids, Andrew, Marissa & Monica; and 12 great grandchildren.  Leo S. Easley he was a pillar of the community and will be sorely missed by all.

To order memorial trees or send flowers to the family in memory of Leo Easley, please visit our flower store.