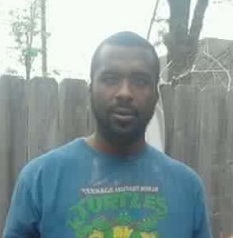 Marchello (aka Chino) Lothario Williams was born on December 29, 1981 to Robert Williams and Mrytis Daniels Williams in Jackson, MS.

He was educated in the Clinton Public Schools.   He worked odd jobs in painting and carpentry.  He was dedicated back to Christ as a child at Wells Grove Missionary Baptist Church.

To order memorial trees or send flowers to the family in memory of Marchello Williams, please visit our flower store.