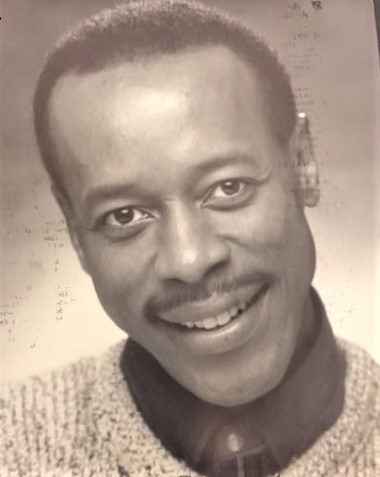 Michael Calvin Stewart was a student of the ARTS, born in Utica, Mississippi, the youngest of eight children to James Norman Stewart and Elee Fields Stewart.  Michael’s formative years of schooling were spent at Hubbard and Mixon Elementary Schools, Hinds County Agriculture High School and Jackson State University.  However, he credits his ability to speed read to his big sister, Juanita who nicknamed Michael “Buddy”, who initially taught him how to read before he entered school.   Speed reading came in handy, because Michael was always anxious to finish one book and go to the next one.  Along the way, Michael developed a photographic memory.  He was encouraged to use his photographic memory talent by family members one year while playing a role in a benefit play produced by Uncle William and Aunt Clara Wooley at Zion Travelers Missionary Baptist Church.  The acting experience gave him the incentive for acting.  Michael appreciated and loved quality writers, such as William Shakespeare and August Wilson. I recalled the depth, complexity and humanity he brought to his characters on screen.

Michael enlisted in the United States Navy and was honorably discharged two years into his stint due to having a Sickle Cell crisis.

Michael was a graduate of Theatre, Jackson State University, Jackson, MS, the Beah Richard’s Theatre of Being, Los Angeles, CA, and the Texas A & M Theatrical Workshop.  He was a founding member of the Vivid Theatre Ensemble of Dallas, TX.  Michael amassed a number of accolades during his storied career. Michael was a recipient of the Best Actor Award (1994) Dallas Theatre Critics, the Best Supporting Actor, fences, Stage West (1993), Best Actor in Featured Drama,” Advice to the Players”, Live Oak Theatre (1991), Austin Circle of Theatres Award, “Advice to the Players (1991), Austin Drama Critics Award, “Advice to the Players”

To order memorial trees or send flowers to the family in memory of Michael Stewart, please visit our flower store.