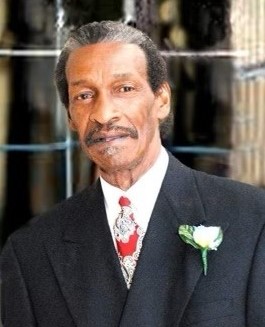 Visitation will be Thursday, August 25, 2022, from 4pm-8pm at One Way Apostolic Assembly of God in Jackson, MS. Services will be Saturday, August 27, 2022, 1:00 PM at Second Baptist Church in Winnsboro, LA. Final arrangements have been entrusted to Smith Mortuary of Clinton, MS and Richardson and Sims Funeral Home of Winnsboro, LA.

President attended Franklin Parish Training School where he graduated in 1968. After graduation, he attended numerous colleges and universities and earned various degrees.

President worked in the public school system for a while and later retired. He also worked on the railroad for a short period of time. He is a member of Kappa Alpha Psi Fraternity.

President leaves to cherish his memories: his wife Mamie Randle-Manuel, three children: Ricky Manuel, Carla Manuel-Turner and Cynthia Manuel of Winnsboro, one step-son Elder LaMar Randle of Jackson, MS; one brother and four sisters, 11 grandchildren and eight great-grandchildren and a host of nieces, nephews, other relatives and friends to carry on his memories.

To order memorial trees or send flowers to the family in memory of President Manuel, please visit our flower store.

One Way Apostolic Assembly of God