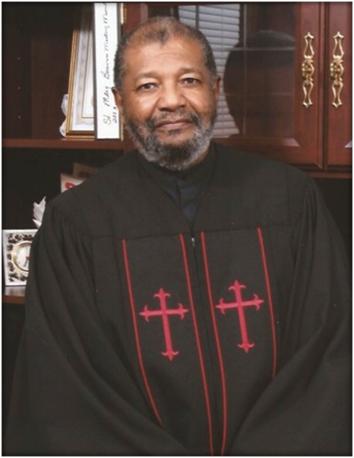 A.J. was the third child born to the late Carlie Johnson and Alice Williamson Johnson in Simpson County, MS on February 14, 1941.

Pastor Johnson transitioned from this life to his eternal home on Wednesday, November 23, 2016 at 10:05 a.m. in the VA Hospital.

After graduating from McLaurin Attendance Center in 1960, A. J. joined the Air Force and served for eight years in active duty and four years in the National Guard.  After leaving service he attended Jones Jr. College graduating with an Associate Degree and from Southeastern Baptist College with a Bachelors of Arts Degree, being the first black to graduate from the College.

Throughout his 57 years of ministry, Pastor Johnson pastored several churches: Leaf River, Queens Chapel, Mount Nebo, G Grove, Jerusalem, and Saint Mary. He touched so many lives throughout his life and brought many souls to Christ.

Pastor Johnson served as the moderator for the Spring Hill District Missionary Baptist Association from 1988 to 1996 (8 years).

On December 26, 1962, A.J. was joined in holy matrimony to Joy Lee Johnson of Johns, Mississippi and to this union five children were born, Djuna, A.J. Jr., Angel, Raphael and Laura.   A.J. and Joy touched and improved countless lives throughout their ministry.  For years they worked tirelessly together, as a unit, showing love to everyone God allowed to cross their path.

Click to download / open
To order memorial trees or send flowers to the family in memory of Rev. A. J. Johnson, Sr., please visit our flower store.
Open