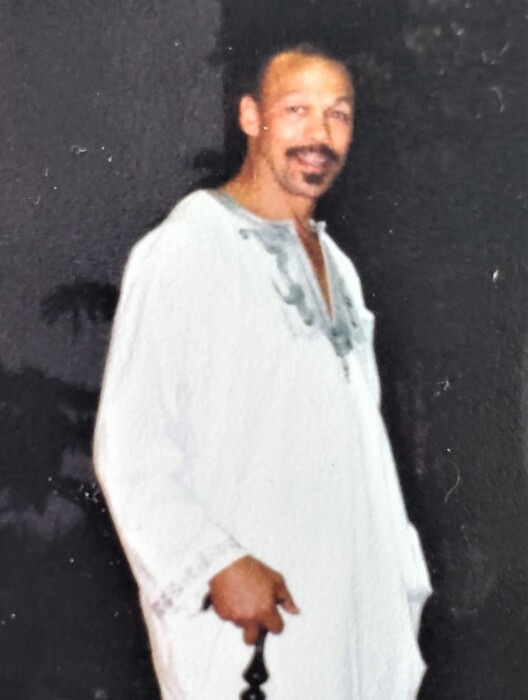 Robert Woods Brown (“Bobby” or “Bob”) was born in Seattle, Washington on August 13, 1943, and was the oldest of four children born to M/Sgt. Robert Brown and Corrie Lee Brown. He was an Army brat, who enjoyed moving to new places whenever his dad transferred to another base. He developed a love for fishing at an early age and would sneak out of the house to pursue his passion. At the tender of six, Bob wandered across a military airfield with his fishing rod while planes were trying to depart. On another occasion when he was very young, Bobby’s parents received a call that he was fishing in a boat all by himself. Of course, they were frantic, but it ended well.

Bobby fished in ponds, lakes, and rivers throughout all seasons in Massachusetts, Kentucky, Georgia, and Mississippi. He also won many fishing contests for catching the largest and most fish. He was admired by many fishermen for his talent and skill. Bob challenged the Mississippi River and the Big Black River for his favorite catch, the “almighty catfish,” because they were fighters until the end. Later in life, Bob befriended the “almighty catfish” and released them into a private pond near his home in Mississippi. However, he no longer ate his catch; he treated them as pets, fed them and watched them grow. He often boasted that he knew each fish in the pond.

Bobby loved all nature, horticulture, and animals, and could identify many trees, plant life and cite their growth patterns. To demonstrate his love for all creatures, he once caught a big snake and brought it into the house his family was staying in while his dad participated in a two-week Army training program at Fort Drum, New York. The next morning his pet snake had disappeared. Needless to say, his family couldn’t relax for the rest of their time there. Bobby also inspired his siblings to love nature and, on many occasions during their childhood, they watched nature shows together. To this day, his sisters, Lynn and Carolyn, still love shows about nature. Bobby was always observant, inquisitive and had a love for knowledge. At the age of eight, he participated in a National Geography contest and placed second. When his parents bought a set of encyclopedias in his early years, Bobby devoured every word and would remember everything he read. His dad realized how gifted Bob was and enrolled him in an elite summer school program which taught him speed reading. He could then read and comprehend much faster than most people. All who encountered Bobby knew he talked fast and moved fast. In fact, he talked so fast, friends would tell his siblings they couldn’t understand a word he said. He also talked a lot, and it was difficult for everyone, including his family, to get a word in. I’m sure we’re all going to miss not being able to get a word in. During his high school years at Fort Knox, Kentucky, Bobby and his sister, Carolyn, spent many fun times going to local house parties and Motown concerts in Louisville, Kentucky. Thanks to their dad and the Army, they always had front row seats and were able to go backstage to meet the performers, including Smokey Robinson, the Temptations, and others.

After graduating from Fort Knox High School, Bobby studied Biology at Tennessee State University (TSU) in Nashville, Tennessee. Although he didn’t graduate from TSU, he was known for his brilliant mind and was knowledgeable about a wide variety of subjects. He also had a photographic memory. Bob could tell you the book, chapter and page when referencing facts. You name it and he knew about it.

While they were students at TSU, Bob met and married his first wife, Geraldine Smith, in 1964. They had one child, Bobby, Jr.

After his divorce, Bobby moved to Georgia and had a long-term relationship with Zelda Pettiford. They had two children, Danita and Davin, who are twins.

Later, Bobby moved to Mississippi and met and married his second wife, Juanita Stewart in 1976. They had three children, Jarrett, Janessa, and Jenita.   Bob was very proud of all of the children. He’d often talk about each of their successes and jokingly remark that he “maybe had something to do with that.” Of course, he did.

Bob loved to drive and could drive for hours stopping only briefly for gas and food. His children have fond memories of the many road trips they took to Massachusetts to visit Grandma Brown. During these trips, they made many stops for food and such, but oftentimes, Bob would pull over on the side of the highway just to look at the trees. Yes, just to look at trees. Bob had a fascination for trees and seemed to know all their types. His excitement and knowledge of them really stuck with his kids. Bob would take out the video camera and film the trees for what seemed like hours. When they looked back at the film, Bob barely had any images of the kids. It was all about the trees! Because of those experiences, Danita recently revealed “Thanks to Bob, I am now and have been for most of my adult life—a tree hugger!”

Bob was an entrepreneur, the only one in his immediate family. He owned and operated Ghetto Pest Control in Georgia and Geechee Prophets’ Rolling Store on Jackson State University campus.(the first food truck to operate at Jackson State) and Alcorn State University campuses. His son, Bobby, Jr., fondly recalls occasionally working with his dad on the college campuses. Bob also operated Shuttle Bug Transportation Service with son Jarrett on the Gulf Cost. Bob later moved his shuttle service to Jackson and was the most reliable, efficient and knowledgeable transporter in the industry. He operated the shuttle service until his death.

Bob developed a love for Africa in the 1970s and first traveled to South Africa in 1999, just as his brother, Charles, did many years ago. He also traveled to Botswana and would spend a month or so there every year up until the Pandemic (2020) and would bring back many memorable stories about his friends and time there. Bob had made plans to retire and live out the rest of his days in Botswana. His plan was to farm and import/export goods.

At one time in his life, Bobby was a heavy smoker and drinker. However, he stopped smoking and drinking many years ago and remained in recovery until his death. He talked about his addictions and was an inspiration to many others in their quest to overcome their addictions.

Because of Bob’s fascination with nature he always tried to plant a sapling or tree whenever and wherever he could, then especially he planted several redwood and oak saplings near the home he occupied with Cathey Hicks in Harrisville, Mississippi.

Bobby loved, and was loved by his family and friends. If anyone needed help, he was always there for them.  He passed due to complications from cancer on 11 Oct, 2021.

A virtual memorial service is planned for November 14, 2021, 5:00-7:00 PM.  Bob’s funeral wish will be honored in Barnwell, SC and Botswana, South Africa in 2022.  Smith Mortuary of Clinton, MS is handling arrangements.

To order memorial trees or send flowers to the family in memory of Robert Brown, please visit our flower store.