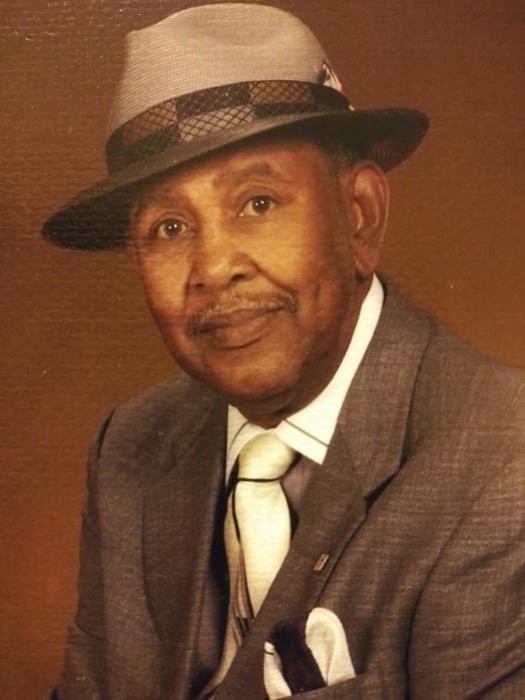 Sandy accepted Christ and was baptized at an early age at Fairfield Missionary Baptist Church. He later became a faithful member of Anderson United Methodist Church.

Sandy was better known to his associates and family as “Billy”. He started his education at the age of 6 at Fairfield Elementary School in Jackson, MS. After completing elementary school, he attended Campbell College High School where he proudly graduated at the age of 16. He then went to Jackson College for one year and at the duration of that year he joined the United States Air Force. While in the Air Force he completed technical school and aircraft control. After being discharged from the Air Force he returned to Jackson College on a G.I. bill. Sandy then completed Career School for Brick Masonry. Brick Masonry then became his profession and his lifelong passion.

In 1967, he entered into matrimony with Magdalene Bully Wilkerson and to this union were born Shondra Jelene Wilkerson (Orlando,FL) , Machelle Boneta Wilkerson and Steven Jerrell Wilkerson of (Jackson, MS).

In 1988 in Las Vegas, NV he entered again in matrimony with Daisy Manning Wilkerson and helped in the guidance of Loyd C.Manning Jr. (Kakeyla). Spoiling Kyla, Trey, Azreol, Cholman and his dearest Thomas was his fondest memories. Sandy and Daisy were constant companions and world travelers for over 25 years.

Sandy was involved in many clubs and was a member the Elks and Masons. One of “Billy’s” proudest affiliations was being a member of Anderson United Men and faithful member of the Men’s Sunday School.

Sandy ended this earthly journey fighting to the very end and entered eternity with his heavenly father on Wednesday, August 8, 2018.  He was preceded in death by his father and mother. 3 brothers also proceeded him in death: John Sharber Jr., William Sharber (Ada) and Robert E. Wilkerson (Jeanette). Sandy also leaves to mourn 3 daughters: Aquani Monet Wilkerson, Yarneal Diane Wilkerson and Sandy Lynette Bagsby (Erin) all of Las Vegas, NV. And 1 son Fonte Demone Wilkerson. Forever cherished by his sister and brother Joseph (Laverne) Sharber of Jackson, MS  and Mae Carolyn Talbert of California. Sandy leaves a host of nieces, nephews, grandchildren and other relatives and friends.

To order memorial trees or send flowers to the family in memory of Sandy Wilkerson, Jr., please visit our flower store.