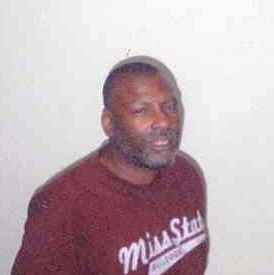 Mr. Tyrone Bailey was born on June 6, 1960 to the proud parents of Percy and the late Sylvia Bailey of Clinton, Mississippi.

He received a primary education in Clinton, Mississippi from Clinton High School where he played football, basketball and was an allstar on the track team.  His hobby was playing the guitar.

Tyrone served as being a good Samaritan at several convenience stores.  He wasn’t a stranger to anyone.  He always loved helping people.

He leaves to cherish his memories:  his father, Percy Bailey; his sister, Linder Bailey; several nieces and nephews,; and a host of relatives and friends.

To order memorial trees or send flowers to the family in memory of Tyrone Bailey, please visit our flower store.